In music classes, I have been telling my students about two upcoming musical television events/programs that may be of interest to them and their families. Below is some additional information about The Sound of Music Live! and the return of The Sing-Off for a fourth season.

The Sound of Music Live! starring Carrie Underwood as Maria will air at 8PM on Thursday, December 5 on NBC. Many Washington students have seen the original film version of The Sound of Music during music classes in past years.

The Sing-Off is my favorite singing competition on TV because it showcases a TON of true singing talent. All of the singing groups perform a cappella arrangements of popular songs. No instruments! The judges are extremely knowledgeable about music and about a cappella performance. I learn something new each time I watch. Season 4 premieres at 9PM on Monday, December 9 on NBC. Here are two videos of last season's winning group, Pentatonix. The first video is their first performance during season 3 of The Sing-Off, and the second video is their official music video of The Little Drummer Boy.

I hope that your family considers adding one or both of these television events to your viewing schedule.

Strummin' on the Old Banjo

Third graders recently learned the rhythm "tika-tika," also known as four sixteenth notes. One of the songs I use to teach this rhythmic concept is "Dinah."

After singing this song and dictating the rhythm, one of the students asked, "What's a banjo?" It hadn't occurred to me that they might not know this! So I did what any 21st century music educator would do - I went to YouTube and pulled up the first song I could think of that featured a banjo.

Another one of the students in the same third grade class opened my eyes to some really amazing news... There is a picture book rendition of Steve Martin's Late for School!! The illustrator, C.F. Payne has illustrated one of my other favorite music picture books, The Remarkable Farkle McBride by John Lithgow.

For future lessons, I am planning to pair these two picture books to hit on two of the Ohio Music Standards for third grade:

The Remarkable Farkle McBride is a great story about the orchestra (1CE). Authors Steve Martin and John Lithgow are both accomplished musicians (6CE) but are more famous for their acting careers. This would be a very interesting conversation to have with the students about how music is related to the other performing arts and to fine arts such as illustration.

I love it when a simple question from a student leads me down a teaching path I never would have expected!

Watch the video below to see how to get to Mrs. Riley's super popular Online Music Games page. Thanks to Washington Elementary fifth graders, Ava and Maggie for creating this video!

Like previous years, in preparation for a new school year and new composers of the month, here is an archive of the composers and resources we studied at Washington Elementary in the 2012-2013 school year. Be sure to check out the Composer of the Month page to learn about the current composers. 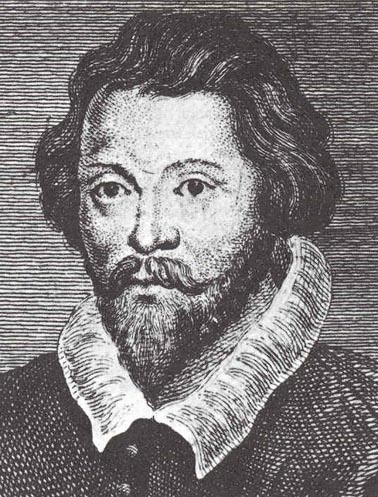 Because William Byrd lived so long ago, not much is known about his early life. He was probably a church chorister as a boy. Byrd studied with another famous composer of the time, Thomas Tallis of the Chapel Royal. Byrd composed about 470 sacred and secular works for voices and most of the popular instruments of his day. William Byrd and his wife were devout Catholics and were regularly cited and fined for recusancy, or failure to attend Anglican church services. Luckily, Queen Elizabeth I and other important friends and patrons of William Byrd likely protected the family from further legal punishment. Byrd saw many of his works published during his lifetime, and despite his legal troubles, he died a wealthy man.

The video below is of Mrs. Riley (far left) singing one of Byrd's best known works, Ave Verum Corpus with the group Fior Angelico in August 2010.

The video below is of a piece called "Rowland" by William Byrd that was included in a large collection of works for keyboard that is now known as the Fitzwilliam Virginal Book. Here it is played on virginal.

In this video, two viol consorts joined to play William Byrd's "Diliges Dominum a8." The viol was a forerunner of the modern day violin, viola, cello, and bass. 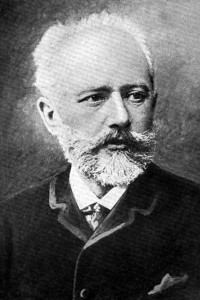 You will probably remember that we learned about Tchaikovsky around this time last year. The students love the music of The Nutcracker so much, we look forward to studying it each year around the winter holidays. You can listen to some podcasts about Tchaikovsky and his Nutcracker ballet here. We will be listening to some of these podcast episodes in class. Be sure to click on the "Read About the Show" links to take the quizzes and test your knowledge. Here is the Amazon link to the picture book version of The Nutcracker that we will be reading in some music classes.

Below are some great video clips of professional dancers rehearsing portions of the Nutcracker ballet. You can get a really close look at the physical demands of ballet dancing as well as the ballerinas' use of their special pointe shoes.

BalletMet's production of The Nutcracker is excellent every year and is performed at the historic Ohio Theatre in downtown Columbus. This year's performances run from December 7 through December 23, and tickets start at $20. If your family is interested, tickets can be purchased online here. 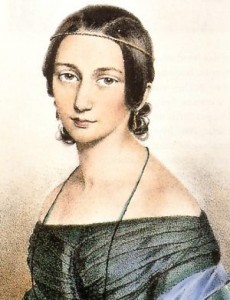 Clara Wieck was a star at the piano keyboard from a young age, and her father Friedrich was her piano teacher. She was giving concerts completely from memory by the age of 13, which was unusual at the time. Now, concert pianists almost always perform from memory, thanks to Clara. One of Friedrich's other students, Robert Schumann fell in love with Clara, but Friedrich was afraid that Robert, a composer would not be able to support a family. Despite Friedrich's objections, Clara married Robert when she was 21 years old. Robert and Clara Schumann became one of music's greatest partnerships of all time. Clara often premiered Robert's new pieces, and through her performing and teaching, Clara was the primary breadwinner for their large family. Robert strongly encouraged Clara to compose her own music, and she wrote many pieces for the piano, small ensembles, singers, and even a piano concerto. When Robert got sick and after his early death, Clara continued to perform and teach to support her family, but she stopped composing, something she loved doing very much. Once she even said, "I once believed that I possessed creative talent, but I have given up this idea; a woman must not desire to compose—there has never yet been one able to do it. Should I expect to be the one?"

Below is a video of Clara Schumann's Piano Trio in G minor, Op. 17, fourth movement played by the Trio Barcarola. A "trio" means there are three musicians playing together. The instruments are piano, violin (the small stringed instrument), and cello (the large stringed instrument). Clara Schumann uses the theme melody that opens this movement over and over again throughout the piece. There are also a few sections that sound like canons, where one instrument begins a melody, then a second instrument starts a little after the first, and finally the third joins in. One time you can hear this is at 2:39 beginning with the piano.

Below is the Spotify playlist of the Clara Schumann pieces we will be listening to in music class, along with many others. You must have Spotify installed on your computer for this playlist to work. ***Kids, if it asks you to install Spotify, please get a parent's permission first.*** Enjoy! 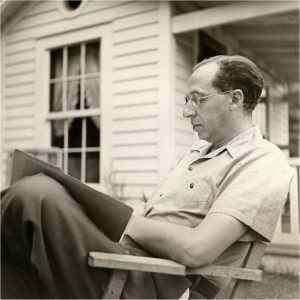 Aaron Copland is one of the most famous American composers of all time, and he composed with a distinctively American style that he had to work hard to develop. He often used American folk tunes in his compositions. Copland wrote many different musical genres including songs, symphonies, ballets, and film scores. His most famous piece of music is his Fanfare for the Common Man, a fanfare for brass and percussion written during World War II for the Cincinnati Symphony Orchestra. Here is the Classics for Kids podcast series about Fanfare for the Common Man.

One of Copland's cowboy ballets, Rodeo uses an old square dance fiddle tune for the section called "Hoe-Down," and many adults will recognize Hoe-Down from the old "Beef. It's what's for dinner," commercials. Here is the Classics for Kids podcast series about "Hoe-Down" from Rodeo. Some grades will be learning some square dances this year, thanks to inspiration from Aaron Copland's Rodeo. Below is a really cool stop motion film also inspired by "Hoe-Down" from Rodeo.

Below is the Spotify playlist of the Copland pieces we will be listening to in music class, along with many others. You must have Spotify installed on your computer for this playlist to work. ***Kids, if it asks you to install Spotify, please get a parent's permission first.*** Enjoy! 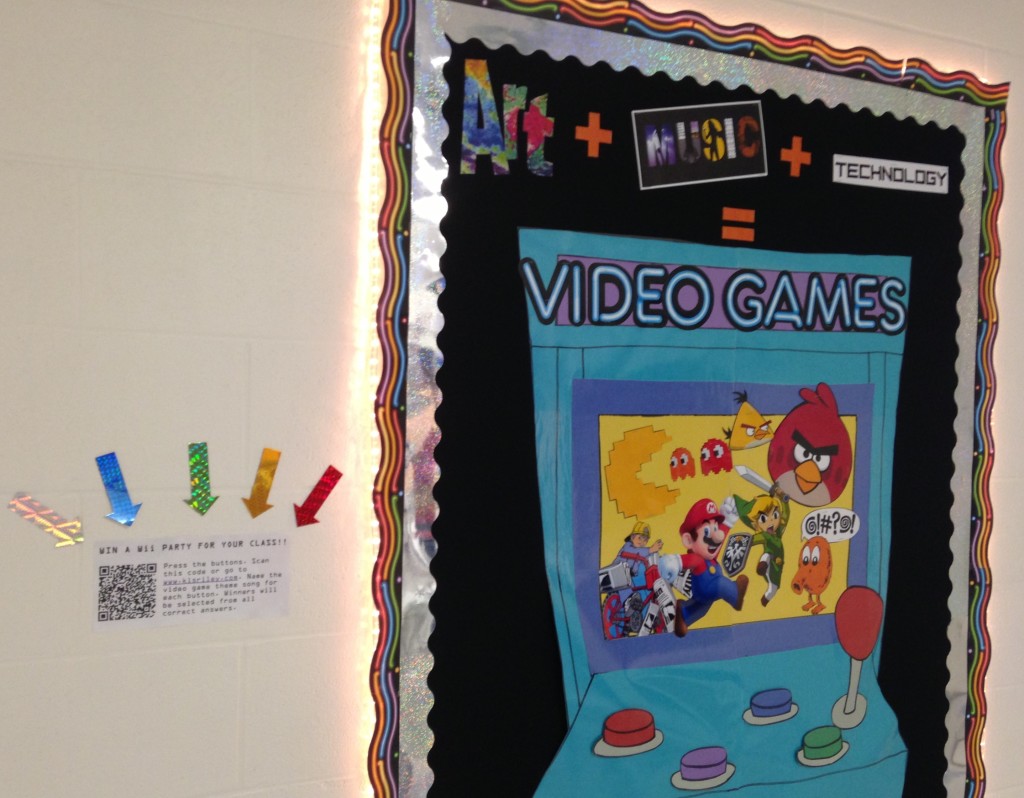 Congratulations to Emily in fifth grade! She won the bulletin board contest and her class will have a Wii party in music class!